According to the requirements of the client, we designed a building which features different apartment typologies divided into three blocks. Common areas are contained in a single space looking outside to three facades. The building stands way behind the street line, thus creating green areas which surround and go into the building to become service areas. This idea became the main driving force behind the interior space design. A glass facade covers the irregular wall of the building to provide a unique appearance. Meanwhile we were developing the project; the Mexican artist Jeronimo Hagerman installed one of his plastic art works in the Museum Sala de Siqueiros of Mexico City, using veining plants perfectly the ones we were thinking for the green areas. With kind permission from Jeronimo Hagerman, we were able to replant the vines in this project after the exposition was over.; giving them a new utility. 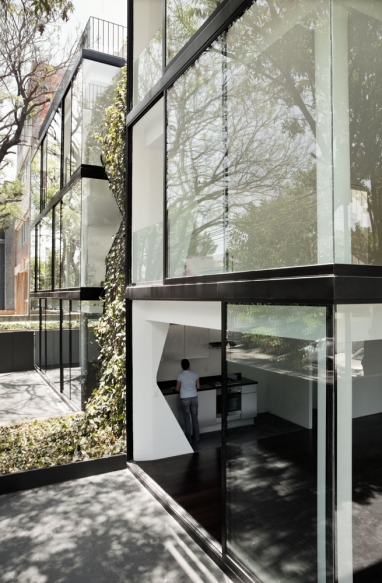 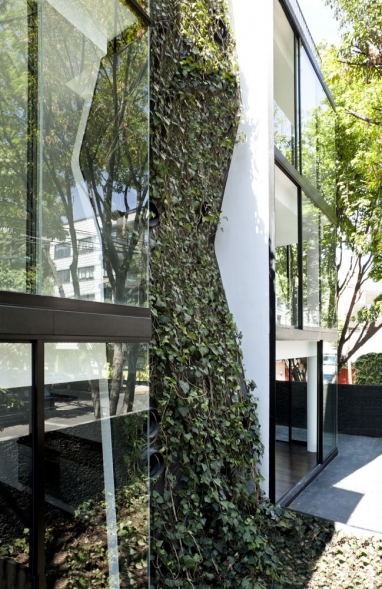 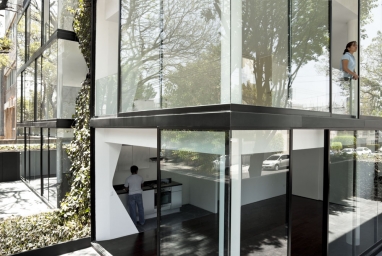 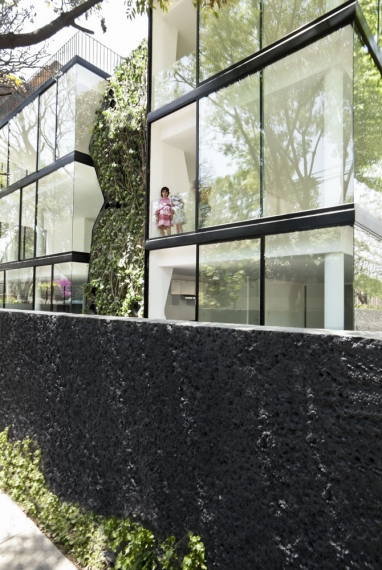 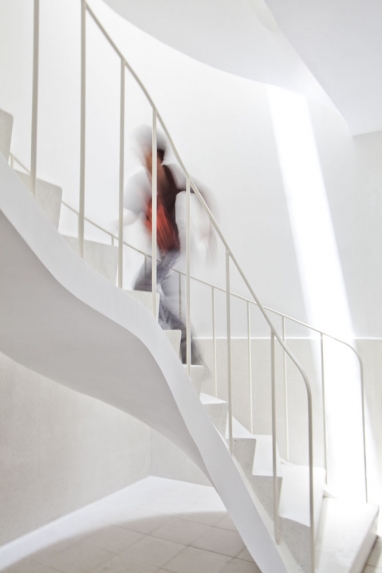 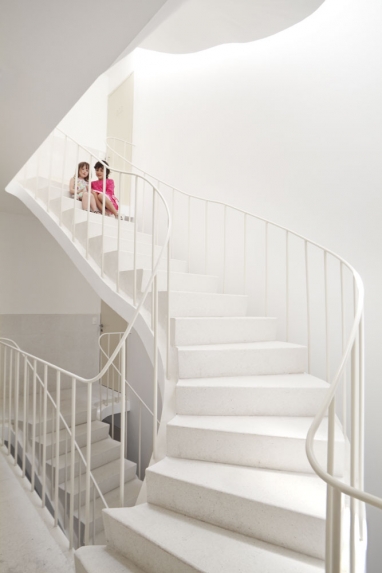 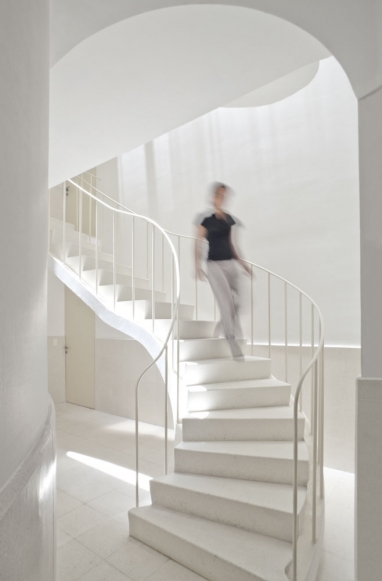 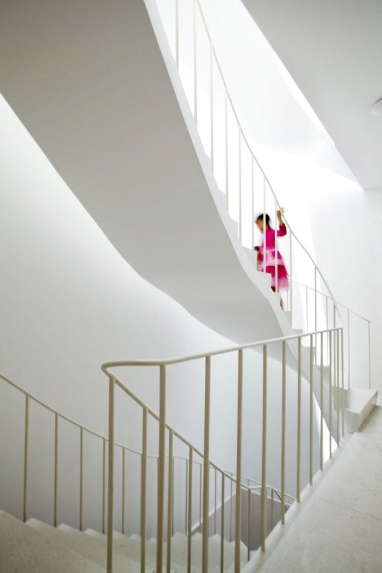 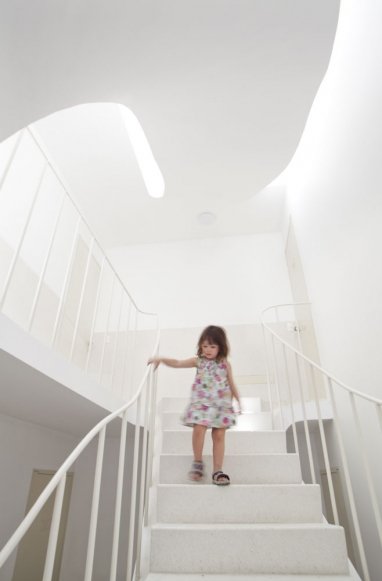 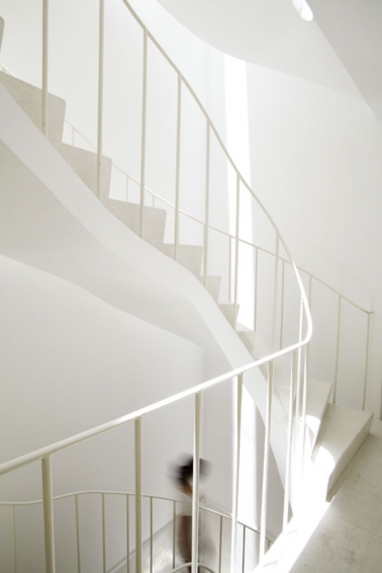 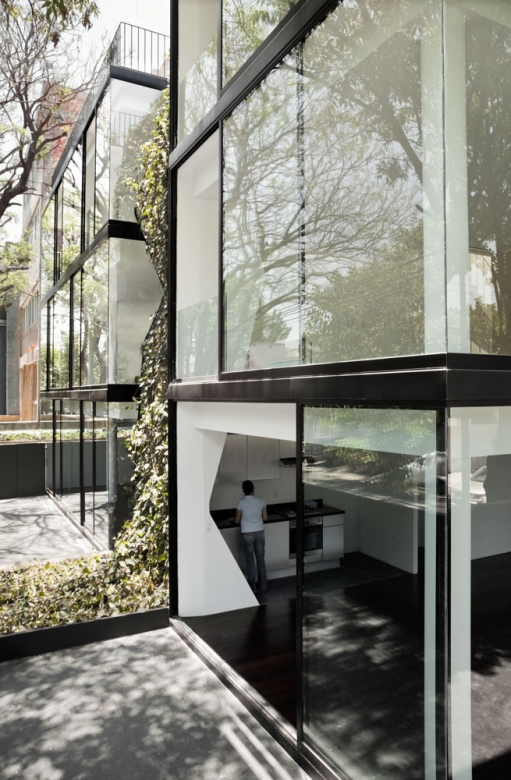